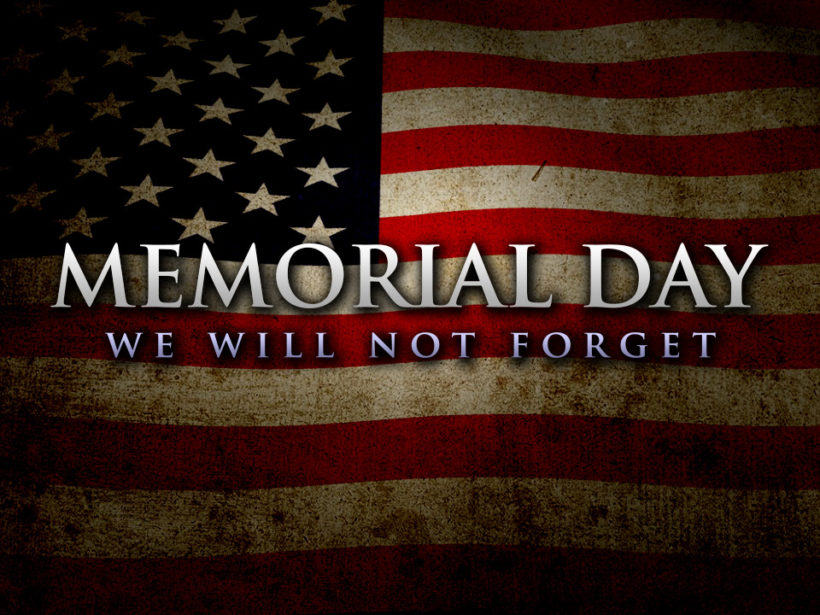 NOTE:  2015 marks the 70th anniversary of Victory in Europe (VE Day) – the end of the Second World War in Europe, when the forces of Nazi Germany surrendered to the Allied forces on May 8, 1945 and VJ day (Victory in Japan day) the day (August 15) in 1945 on which Japan ceased fighting in World War II, or the day (September 2) when Japan formally surrendered.

The following is from USMemorialDay.org:
The “Memorial” in Memorial Day has been ignored by too many of us who are beneficiaries of those who have given the ultimate sacrifice. Often we do not observe the day as it should be, a day where we actively remember our ancestors, our family members, our loved ones, our neighbors, and our friends who have given the ultimate sacrifice.  We can do so by:

[USMemorailDay.org has received] many emails from people expressing their thanks for those who have served and gave the ultimate sacrifice for this country. The following, received in 1999 and used with the author’s permission, sums up all the emails USMemorialDay.org has received very elegantly, and is true to the original spirit and meaning of Memorial Day:

This weekend I am going to do something different. I am going to buy some carnations each day and go to one of the nearby cemetaries and walk through the sections for soldiers. When I find a grave that has no flowers, I’ll leave one and say a prayer for the family of that person, who for some reason could not bring their soldier flowers. I will pray for our country and all who serve or have served. For their families, who also serve by losing precious days, weeks and months spent with their loved ones who are off serving, preserving peace and the freedom we have in this country. I’ll pray for the families who paid the ultimate price, who’s loved ones died, or were taken captive and never returned. I’ll pray for anyone who may still be held in captivity and thinks perhaps they are forgotten. I do NOT forget. I’ll say a prayer for every person on the Internet who takes a moment from their time to come to sites like yours and be reminded of what this holiday really means. And I’ll say a prayer of thanks and ask God’s richest blessings on you.

No, Thank you and God Bless you, Sylvia. May more follow your example. A man places a flag at a grave at Cypress Hills National Cemetery in Brooklyn, New York May 25, 2013. The annual “Flags-In” ceremony is held ahead of Memorial Day to honor our nation’s fallen members of the military. Flags will be placed at more than 220,000 graves. REUTERS/Eduardo Munoz

In fact, wonderful people in other nations sometimes show more of the true spirit and mission of the U.S. Memorial Day than we do here. For example, a 2001 USMemorialDay.org Guestbook entry from a citizen of the Netherlands states:

1. Why do the editors of USMemorialDay.org support moving the observance of Memorial Day to May 30th, from the last Monday in May?

2. a) Do you support moving the observance of Memorial Day to May 30th? Explain your answer.
b) Do you think those attempting to restore Memorial Day to its original day will be successful? Why or why not?

4. This year will you take part in any of the activities from question #3? Explain your answer.

5. How has this post inspired you? Explain your answer.

6. Ask at least one grandparent how his/her family, school and community commemorated Memorial Day when he/she was a teenager.