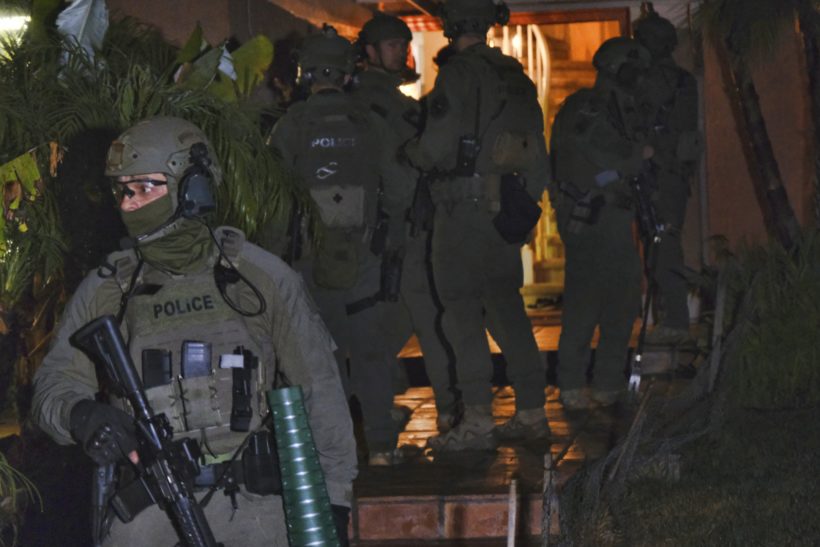 (by Clare Hymes, CBS News) Washington — Federal law enforcement authorities have arrested hundreds of people in an operation targeting an infamous Mexican cartel, dealing a blow to one of the world’s fastest-growing drug trafficking organizations.

The Justice Department and the Drug Enforcement Administration (DEA) said Wednesday that the joint operation, known as Project Python, targeted members of the Cártel de Jalisco Nueva Generación (CJNG), led by the drug lord known as “El Mencho.” Over the course of six months, Project Python resulted in more than 600 arrests and 350 indictments on the state and federal level, officials said.

“CJNG runs major methamphetamine labs in Mexico, and continues to increase its presence along the southwest border,” Assistant Attorney General Brian Benczkowski said at a press conference at Justice Department headquarters. “And with primary drug distribution hubs in Los Angeles, New York, Chicago, Houston and Atlanta, CJNG is one of the most powerful Mexican cartels operating within the United States.”

Acting DEA Administrator Uttam Dhillon said the operation “is one of the largest concentrated actions against a single criminal organization in many years,” adding that he anticipates the arrest will have “a significant impact.”

CJNG is responsible for at least a third of the drugs entering the U.S. by land and sea, officials said. Dhillon said the cartel is “one of the most prolific drug trafficking organizations in the world,” operating more than 100 methamphetamine labs in Mexico. The group has trafficked tons of cocaine, methamphetamine and fentanyl-laced heroin into the U.S.

El Mencho, whose real name is Nemesio Ruben Oseguera Cervantes, faces a superseding indictment in the District of Columbia on charges including continuing criminal enterprise and conspiracy to distribute cocaine and methamphetamine. He remains at large, and the State Department has offered a reward of $10 million for information leading to his arrest. 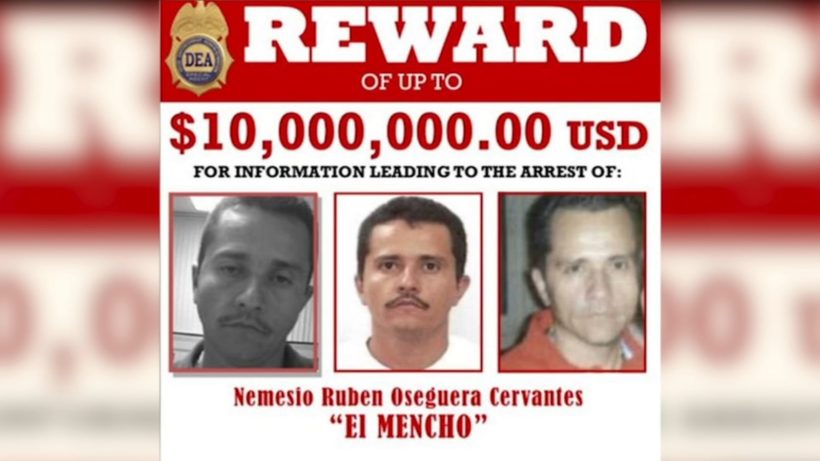 He’s the leader of one of the most dangerous drug trafficking organizations in the world. El Chapo is in custody, so el Mencho is one of our highest priorities to bring to US justice,” Dhillon said, referring to Joaquín “El Chapo” Guzmán, the former leader of the Sinaloa cartel who is serving a life sentence in a federal supermax prison.

Two of El Mencho’s children are currently in custody in the U.S. on related drug trafficking charges.

In February, his daughter Jessica Johanna Oseguera Gonzalez, also known as “La Negra,” was arrested at the federal courthouse in Washington, D.C. She was there to see her brother, Rubén Oseguera González or “El Menchito,” who was extradited from Mexico and is allegedly CJNG’s second in command. A U.S. official told CBS News that she entered the U.S. legally, and Border Patrol agents were apparently unaware she was under indictment.

First published at cbsnews .com on March 11.  Reprinted here for educational purposes only. May not be reproduced on other websites without permission from CBS News.

2. How many CJNG members were arrested during Project Python?

3. What facts do you learn about CJNG from this article?

4. What is the significance of the Project Python operation?

5. Who is El Mencho? How important do you think his arrest would be?

Read a press release on Project Python from dea.gov.

“El Mencho,” head of the Jalisco New Generation Cartel (CJNG) is notorious for his aggressive leadership and horrendous acts of violence against both rival criminal groups and Mexican security forces alike. See wikipedia.

The Trump administration began a crackdown on Mexican drug gangs in 2018: “US targets 5 criminal organizations”