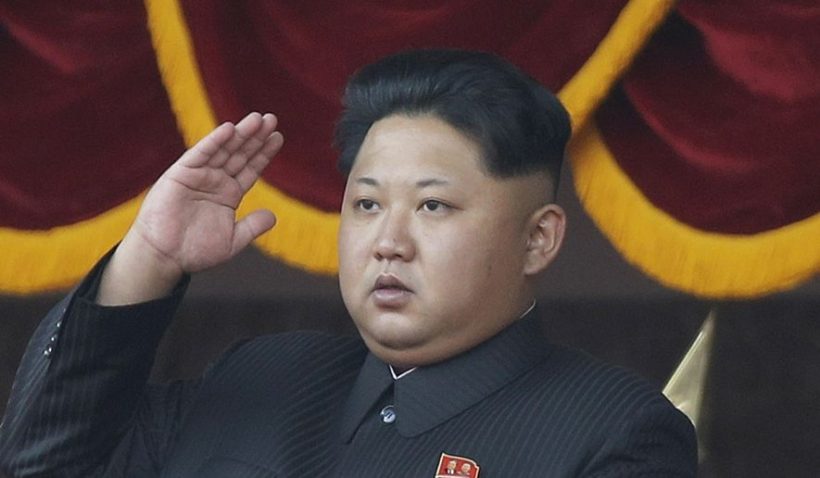 (by Ju-min Park and Jack Kim, Reuters) | SEOUL — North Korea conducted its fifth and biggest nuclear test on Friday and said it had mastered the ability to mount a warhead on a ballistic missile, ratcheting up a threat that its rivals and the United Nations have been powerless to contain.

The blast, on the 68th anniversary of North Korea’s founding, was more powerful than the bomb dropped on Hiroshima, according to some estimates, and drew condemnation from the United States as well as China, Pyongyang’s main ally.

Diplomats said the United Nations Security Council would discuss the test at a closed-door meeting on Friday, at the request of the United States, Japan and South Korea.

Under 32-year-old dictator Kim Jong Un, North Korea has accelerated the development of its nuclear and missile programs, despite U.N. sanctions* that were tightened in March and have further isolated the impoverished country. [*sanctions are actions that are taken to force a country to obey international laws by limiting or stopping trade with that country, by not allowing economic aid for that country, etc.] South Korean President Park Geun-hye, in Laos after a summit of Asian leaders, said Kim was showing “maniacal recklessness” in completely ignoring the world’s call to abandon his pursuit of nuclear weapons.

U.S. President Barack Obama, aboard Air Force One on his way home from Laos, said the test would be met with “serious consequences,” and held talks with Park and with Japanese Prime Minister Shinzo Abe, the White House said.

China said it was resolutely opposed to the test and urged Pyongyang to stop taking any actions that would worsen the situation. It said it would lodge a protest with the North Korean embassy in Beijing.

There were further robust condemnations from Russia, the European Union, NATO, Germany and Britain.

North Korea, which labels the South and the United States as its main enemies, said its “scientists and technicians carried out a nuclear explosion test for the judgment of the power of a nuclear warhead,” according to its official KCNA news agency.

It said the test proved North Korea was capable of mounting a nuclear warhead on a medium-range ballistic missile, which it last tested on Monday when Obama and other world leaders were gathered in China for [this year’s] G20 summit.

Pyongyang’s claims of being able to miniaturize a nuclear warhead have never been independently verified.

Its continued testing in defiance of sanctions presents a challenge to Obama in the final months of his presidency and could become a factor in the U.S. presidential election in November, and a headache to be inherited by whoever wins.

“Sanctions have already been imposed on almost everything possible, so the policy is at an impasse,” said Tadashi Kimiya, a University of Tokyo professor specializing in Korean issues.

“The standardization of the nuclear warhead will enable the DPRK [North Korea] to produce at will and as many as it wants a variety of smaller, lighter and diversified nuclear warheads of higher strike power,” North Korea’s KCNA news agency said….

It was not clear whether Pyongyang had notified Beijing or Moscow of its planned nuclear test. Senior officials from Pyongyang were in both capitals this week.

Chinese Foreign Ministry spokeswoman Hua Chunying said she had no information to provide when asked if China had advance warning of the test, and would not [say] whether China would support tougher sanctions against its neighbor.

Although Beijing has criticized North Korea’s nuclear and missile tests, it has repeatedly expressed anger since the United States and South Korea decided in July to deploy the Terminal High Altitude Area Defense (THAAD) anti-missile system in South Korea.

China calls THAAD a threat to its own security and will do nothing to bring North Korea back to the negotiating table on its nuclear program.

Regarding the power of North Korea’s test:

NOTE to students: Before answering the questions, read the “Background” below.

2. The name of the capital city of a country is used to refer to that country’s government: “Washington” refers to the Obama administration; “Moscow” for Vladimir Putin’s government; “Beijing” for the Chinese government. How do the reporters refer to the North Korean government?

3. a) How did the U.S. and South Korea, named by Kim Jong Un as North Korea’s main enemies, respond to the test?
b) What response did other leaders and groups have to North Korea’s test?

4. What did North Korea say about the test?

5. a) What words do the reporters use to describe the test in relation to President Obama and for the new president as well?
b) Do you think these words are an apt description should North Korea’s ambitions prove successful? Explain your answer.

CHALLENGE QUESTIONS TO ASK A PARENT (or a grandparent):

a) In February, CNN reported: “According to multiple experts, North Korea has at least a dozen and perhaps as many as 100 nuclear weapons, though at present it lacks sophisticated delivery mechanisms.” In this Reuters article, the reporters characterize the U.S., South Korea, Japan, the UN… as “powerless to contain” North Korea’s nuclear weapons program. They quote a Japanese professor as saying the sanctions aimed to put pressure on North Korea “have reached their limits.” Ask a parent if he/she thinks we are powerless to contain North Korea’s nuke program, or if anything can be done to stop North Korea.

b) In 1994, then President Bill Clinton made a nuclear deal with North Korea. (Watch the video under “Resources” below.) President Clinton said it was a good deal that would prevent North Korea from obtaining nuclear weapons. Unfortunately, it did not work out as hoped. (Read President Clinton’s remarks here.)
Do you think President Obama’s 2015 deal with Iran in which he dropped sanctions against the country and sent the government $400 million in cash on an unmarked plane (that the U.S. owed it from the 1970s) will be more successful in preventing Iran from obtaining nuclear weapons? Explain your answer.

An intercontinental ballistic missile (ICBM) is a guided ballistic missile with a minimum range of 3,400 miles primarily designed for nuclear weapons delivery [delivering one or more thermonuclear warheads] wikipedia

A ballistic missile is a missile that follows a sub-orbital ballistic flightpath with the objective of delivering one or more warheads (often nuclear) to a predetermined target.The THAAD is a missile interceptor that can hunt and blast incoming missiles with a 100% success rate. It is one of the most advanced missile-defense systems on Earth. Its possible future deployment by the U.S. to South Korea is already cause for concern in Beijing. (from an Oct. 2015 Business Insider article)

Watch a speech by President Bill Clinton on October 21, 1994 on the deal to prevent North Korea from obtaining nuclear weapons: