Judge rules women are not exempt from draft registration 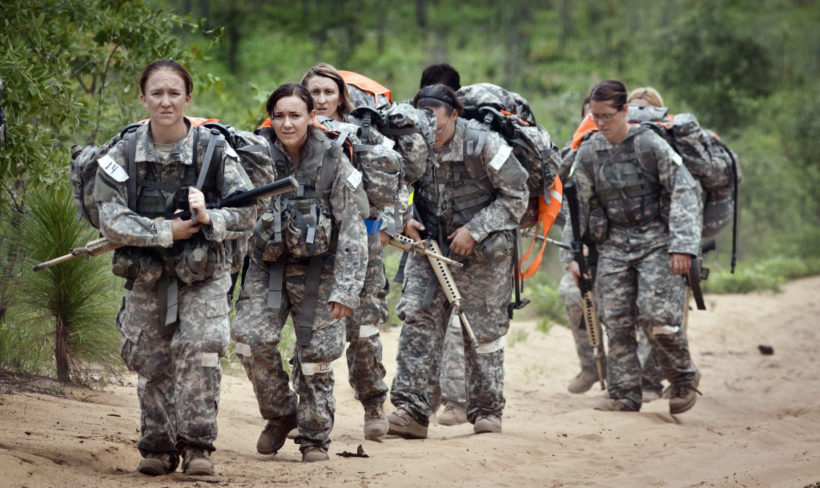 Female soldiers carry out a ruck march in 2011 at Fort Bragg, N.C.

The challenge was brought by a men’s rights advocacy group known as National Coalition for Men and two men subject to the registration requirements. The organization is seeking an injunction that orders the Selective Service System to require that registration for the draft be extended to include women.

Miller noted that the Supreme Court, in 1981, excluded women from the draft because they were ineligible for combat duty. Since they are now eligible, and since a draft is typically required when combat positions need to be filled, excluding women from draft registration is incorrect.

“In short,” he concluded, “while historical restrictions on women in the military may have justified past discrimination, men and women are now ‘similarly situated for purposes of a draft or registration for a draft.’ … If there ever was a time to discuss ‘the place of women in the Armed Services, that time has passed.’ … Defendants have not carried the burden of showing that the male-only registration requirement continues to be substantially related to Congress’s objective of raising and supporting armies.”

Miller did not issue an injunction against the federal policy.

A National Commission on Military, National, and Public Service has been studying issue.

Although the draft ended in 1973, all U.S. men between ages 18 and 26 must still register with the Selective Service System so that if military conscription became warranted, it could quickly begin.

(Note:  District Judge Gray Miller was appointed by President George W. Bush in 2006 for the U.S. District Court for the Southern District of Texas.)

Compiled from articles by CNN Wire at Chicago’s WGN9 and by Ed Adamczyk at UPI on Feb. 25. Reprinted here for educational purposes only.

2. Who brought the suit?

3. For what reasons did the judge deny the government’s (defendants’) request for a stay? What did he say? Be specific.

4. a) What is the selective service?
b) When did the draft end?
c) Why were women specifically excluded from the draft by the Supreme Court in 1981?