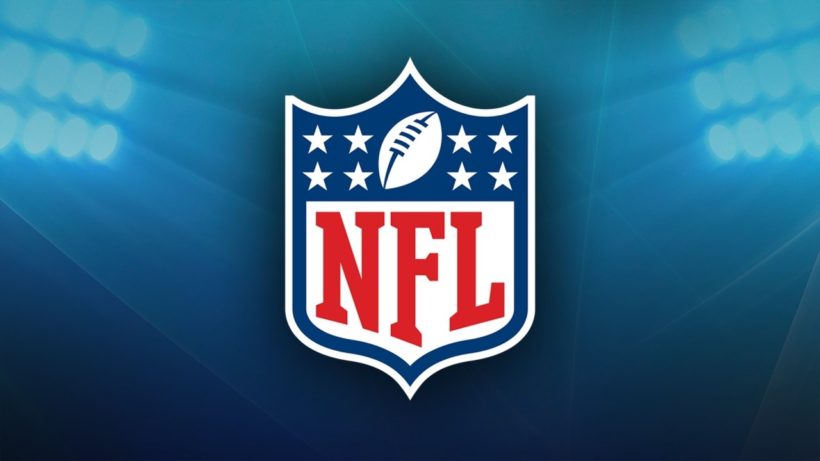 (by MaryClaire Dale from Associated Press at The Washington Post) PHILADELPHIA – A federal judge has approved a settlement agreement that is expected to cost the NFL $1 billion over 65 years to resolve thousands of concussion lawsuits.

NFL actuaries project about 6,000 of the league’s nearly 20,000 retired players could someday develop Alzheimer’s disease or moderate dementia over the life of the deal approved Wednesday by a federal judge in Philadelphia. The average individual award would be about $190,000.

Awards could reach $1 million to $5 million for those diagnosed in their 30s and 40s with Parkinson’s disease or Lou Gehrig’s disease, or for deaths involving chronic brain trauma.

The benefits process could start this summer, but any appeal would delay all payments indefinitely.

“What matters now is time, and many retired players do not have much left,” said plaintiff Kevin Turner, a former New England Patriots and Philadelphia Eagles running back who has Lou Gehrig’s disease.

The league has been dogged for years by complaints that it long hid the risks of repeated concussions to return players to the field.

Senior U.S. District Judge Anita B. Brody [for the U.S. District Court for the Eastern District of Pennsylvania] approved the settlement after twice sending it back to lawyers over concerns the fund might run out. The negotiators did not increase the original $765 million plan, but agreed to remove that number as the cap.

The settlement approval, a week before the NFL draft, ends a nearly four-year legal fight. Critics contend the NFL is getting off lightly given annual revenues of about $10 billion.

But a trial could have delayed the financial awards and medical testing for years, plaintiff’s lawyers Christopher Seeger and Sol Weiss said.

“With over 99 percent participation, it is clear the retired player community overwhelmingly supports this agreement,” the lawyers said in a conference call.

The deal means the NFL may never have to disclose what it knew when about the risks and treatment of concussions. However, the NFL has acknowledged the concussion epidemic publicly, changing protocols for evaluating injured players during games and launching an advertising and social media campaign to promote safe play at all levels of football.

In her 132-page opinion, Brody agreed with the lead negotiators that the settlement could exclude future claims involving chronic traumatic encephalopathy (CTE), even as critics like neurologist Robert Stern of Boston University call CTE “the industrial disease of football.” Brody said neither the disease nor any definitive symptoms can yet be diagnosed in the living.

“The settlement does compensate the cognitive symptoms allegedly associated with CTE,” Brody wrote, and “requires the parties to confer in good faith about possible revisions … based on scientific developments.”

The total NFL payouts over 65 years, including interest and $112 million sought for lawyer fees, is expected to exceed $1 billion.

“From a business point of view, (the NFL has) … avoided what may have been the biggest risk to their continued prosperity,” said Andrew Brandt, director of the sports law program at Villanova University law school. “Removing this as a threat is extraordinary.”

The NFL lawsuits, and similar suits filed later against the NHL, the NCAA and others, have fostered debate, discussion and safety reforms about sports concussions. Yet the NFL games seem to be as wildly popular as ever.

Participation statistics also show only a slight decline in the overall number of high school students playing football, and only 5 percent of parents polled last summer by Associated Press-GfK (public opinion polling) said they have discouraged their child from playing in the last two years as concern over head injuries has increased.

More than 5,000 former players were plaintiffs in the lawsuit.

About 200 NFL retirees or their families have rejected the settlement and plan to sue the league individually. They include the family of Junior Seau, the popular Hall of Famer who killed himself at his San Diego-area home in 2012 after several years of increasingly erratic behavior. An autopsy showed he suffered from CTE.

Brody has persuaded the parties to make several tweaks, to the ex-players’ benefit, since negotiators first announced a deal in August 2013. Most notably, the NFL agreed to remove the initial $765 million cap.

She mostly rejected complaints raised at a November fairness hearing, including those who challenged award reductions for older men and those who played fewer than five years in the league.

“Retirees and their families will be eligible for prompt and substantial benefits and will avoid years of costly litigation that – as Judge Brody’s comprehensive opinion makes clear – would have an uncertain prospect of success,” Pash said in a statement.

Associated Press writer Michael R. Sisak contributed to this report. Reprinted here for educational purposes only. May not be reproduced on other websites without permission from the Associated Press.

2. a) What will the average individual retired player who has concussion related injuries receive?
b) Why will some receive $1 million to $5 million?

3. What complaint has been made against the NFL for years?

4. Why do critics think the NFL is getting off lightly?

5. Why is the outcome of the lawsuit good for the NFL?

6. What do you think:
a) Did the NFL hide the risks of multiple concussions?
b) Is it all about the money for league officials and owners, or do they care about the welfare of their employees (players)?
Explain your answers.

7. Now that the risks associated with getting concussions are known, do you think going forward the NFL or the players themselves should be held responsible for any brain injury or health issues they develop as a result of playing football? Explain your answer.