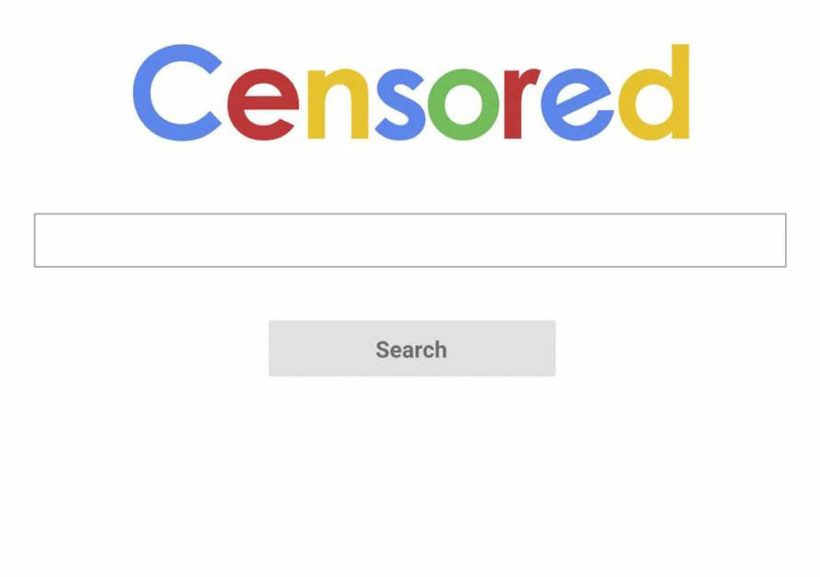 (by Ryan Gallagher, The Intercept) – Google executives are carrying out a secret internal assessment of work on a censored search engine for China, The Intercept has learned.

A small group of top managers at the internet giant are conducting a “performance review” of the controversial effort to build the search platform, known as Dragonfly, which was designed to blacklist information about human rights, democracy, religion, and peaceful protest.

Performance reviews at Google are undertaken annually to evaluate employees’ output and development. They are usually carried out in an open, peer review-style process: Workers grade each other’s projects and the results are then assessed by management, who can reward employees with promotion if they are deemed ready to progress at the company.

In the case of Dragonfly, however, the peer review aspect has been removed, subverting the normal procedure. In a move described as highly unusual by two Google sources, executives set up a separate group of closed “review committees,” comprised of senior managers who had all previously been briefed about the China search engine.

The existence of the Dragonfly review committees has not been disclosed to rank-and-file Google employees, except for the few who have been evaluated by the committees because they worked on China search. Fewer than a dozen top managers at the company are said to be looped in on the review, which has involved studying documents and technical work related to Dragonfly.

Management has decided to commit to keeping this stuff secret,” said a source with knowledge of the review. They are “holding any Dragonfly-specific documents out of [employees’] review tools, so that promotion is decided only by a committee that is read in on Dragonfly.”

…The decision to carry out the review in secret [is] likely to stoke anger inside the company. During protests over Dragonfly when it was first exposed in August 2018, a key complaint from employees was that the China plan lacked transparency and went against the company’s traditionally open workplace culture. Until it was publicly exposed, knowledge about Dragonfly had been restricted to a few hundred of Google’s 88,000 employees — around 0.35 percent of the total workforce.

Facing pressure from both inside and outside the company, Google CEO Sundar Pichai told his staff during an August crisis meeting that he would “Definitely be transparent [about Dragonfly] as we get closer to actually having a plan of record. We definitely do plan to engage more and talk more.”

But Google employees told The Intercept this week that company bosses have consistently refused to provide them with information about Dragonfly — leaving them in the dark about the status of the project and the company’s broader plans for China.

Late last year, amid a firestorm of criticism, Google executives moved engineers away from working on the censored search engine and said publicly that there were no current plans to launch it. Earlier this month, however, The Intercept revealed that some Google employees were concerned that work on the censored search engine remained ongoing, as parts of the platform still appeared to be underdevelopment. Google subsequently denied that Dragonfly remained in progress, insisting in a statement that there was “no work being undertaken on such a project. Team members have moved to new projects.”

Google previously launched a search engine in China in 2006, but pulled out of the country in 2010, citing concerns about Chinese government interference. At that time, Google co-founder Sergey Brin said the decision to stop operating search in the country was principally about “opposing censorship and speaking out for the freedom of political dissent.”

Dragonfly represents a dramatic reversal of that position. The search engine was designed to comply with strict censorship rules imposed by China’s ruling Communist Party regime, enabling surveillance of people’s searches while also blocking thousands of terms, such as “Nobel prize,” “human rights,” and “student protest.”

More than 60 human rights groups and 22 U.S. lawmakers wrote to Google criticizing the project. In February, Amnesty International met with Google to reiterate its concerns about the China plan. “The lack of transparency around the development of Dragonfly is very disturbing,” Anna Bacciarelli, an Amnesty researcher, told The Intercept earlier this month. “We continue to call on Google’s CEO Sundar Pichai to publicly confirm that it has dropped Dragonfly for good, not just ‘for now.’”

Google did not respond to a request for comment.

Published at theintercept .com. Reprinted here for educational purposes only. May not be reproduced on other websites without permission from The Intercept.

1. What is Dragonfly? List some of the search terms Google will ban at the Chinese Communist government’s behest.

2. What are Google performance reviews? How are they conducted?

3. How do performance reviews for employees working on Dragonfly differ from usual company procedure? Be specific.

4. a) What did Google CEO Sundar Pichai initially tell employees when their censored search engine for China was first exposed in August?
b) What did Google do late last year following an outpouring of criticism about the censored search engine?
c) For what reason do Google employees believe executives are deceiving them?
d) How did executives respond to these accusations?

What is your initial reaction to this?

6. Google controls which information users can see and can’t see around the world. Some might argue that that is not true, people have a choice of what search engine to use. But realistically, the vast majority of us google everything.
What, if anything, can/should be done about Google?

7. Google’s motto used to be “Don’t be evil” but they changed it to “Do the right thing” in 2015. Should people trust Google to not be evil and to do the right thing? Explain your answer.

The story was first exposed in August 2018:
Google to help Chinese government track its citizens (scroll to bottom for video)