Georgia recount announced, ballots to be counted by hand 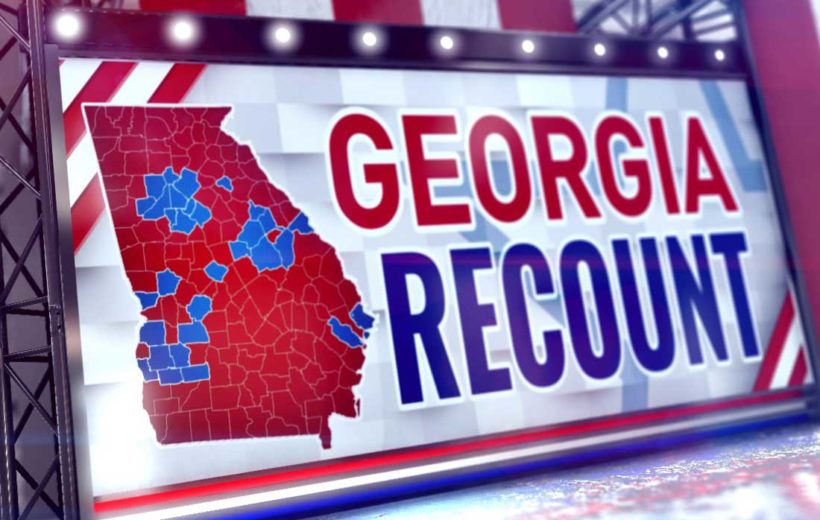 “With the margin being so close, it will require a full, by-hand recount in each county,” Raffensperger said at a press conference.

Raffensperger, a Republican, said the state will work with county officials to complete the recount in time to meet its Nov. 20 deadline for certifying statewide election results.

“It’ll take every bit of the time we have left, for sure,” he said.

Biden’s lead over Trump in Georgia is 14,089 votes of the nearly 5 million cast, according to NBC News, which has not projected a winner in the Peach State.

…[Georgia] has traditionally voted for Republican presidential nominees. [The state last voted for a Democrat in 1992, with Bill Clinton taking 43.47% of the vote to George H.W. Bush’s 42.88%].

“This will help build confidence. It will be an audit, a recount and a recanvass all at once,” Raffensperger said. “It will be a heavy lift but we will work with the counties to get this done in time for our state certification.”

[Although the media has declared Biden the winner], the transition of power to a Biden administration cannot formally begin until the General Services Administration makes an “ascertainment” of the winner, which it has so far refused to do.

Raffensperger said at the press conference that at 1 p.m. ET, he will declare the presidential race in his state is subject to a “risk-limiting audit.”

When a reporter noted that such an audit usually involves just a sample of the ballots, rather than the entire body of votes, Raffensperger said, “you actually have to do a full hand-by-hand recount of all [ballots] because the margin is so close.”…..

[“We’re doing this because it’s really what makes the most sense,” he said. “With the national significance of this race, and the closeness of this race, we have to run a statewide audit.”].

Published at CNBC .com. Reprinted here for educational purposes only. May not be reproduced on other websites without permission from CNBC.

1. What is the role of each state’s Secretary of State?

2. a) What is the name of Georgia’s Secretary of State?
b) How does he explain the need for a hand recount of Georgia’s election?

3. a) What is the deadline for certifying statewide election results in Georgia?
b) How will the state get the recount done on time?

4. How did Raffensperger answer a reporters’s question about the reason for conducting a full hand recount?

5. The numbers:
a) Georgia set an all-time record in number of votes cast in this 2020 election, surpassing the 2008 record of 3.9 million votes. How many votes total were cast?
b) How many votes did each candidate receive?
c) By how many votes is Biden leading Trump?
d) What percent of the overall vote is Biden’s lead?

6. Democrats say Biden won Georgia; Trump supporters say the margin is too close and deserves a recount to ensure all legal ballots are counted – and that if the law allows for a recount, it should be done to reassure voters of its legitimacy. What do you think?

Georgia’s new voting machines (made by Dominion Voting Systems), made their statewide debut this year. The voting machines allow voters to make their choices on a touch-screen. Then a printer spits out a ballot with a summary that shows, in writing, the candidates selected, so the voter can review them. The same information is translated and printed in a two-dimensional bar code that scanners can read.

When the state picked this system, advocates of hand-marked ballots objected. They argued in a lawsuit that the text summary would give voters no way to “visually review and confirm whether the bar code accurately conveys their intended selections.” (from a WSJ editorial)

An election recount is a process by which votes cast in an election are re-tabulated to verify the accuracy of the original results.

IN GEORGIA, election officials, including the secretary of state, may request recounts. These recounts may be conducted before the certification of election results.

A losing candidate may also request a recount if the margin is less than or equal to 0.5%. This threshold was set in 2019 following the passage of H.B. 319. (Georgia’s official website describing its recount rules contains outdated information.)

Under Georgia law, recounts may be requested under the following conditions:

Announcement by Georgia’s Secretary of State: