(by Elizabeth Wong, WashingtonTimes.com) – It was the ultrasounds.

First, they changed him. Then a particular one persuaded him to become a public crusader. 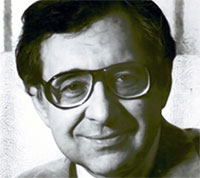 Dr. Bernard Nathanson changed his convictions from pro-choice to pro-life as far back in 1979, when the first generation of ultrasounds convinced a man, a self-described “Jewish atheist” who was one of America’s leading abortionists, that he was killing unborn children.

But then came the one in 1984. Dr. Nathanson stared at the ultrasound screen at the moving child inside the womb. Then the ultrasound image abruptly shifted, and the child opened its mouth, as if in fear. In a matter of minutes, the child was gone.

He went on to share this footage, recorded by a colleague performing the abortion, with the world, in a film called “The Silent Scream” and become a leading figure in the fight against abortion.

Dr. Nathanson died last week at age 84 – a towering figure in the pro-life movement, who in an earlier life had been responsible for more than 75,000 abortions, had co-founded what is now NARAL Pro-Choice America and had directed New York City’s Center for Reproductive and Sexual Health formerly the biggest abortion provider in the Western world.

“Our movement mourns the passing of one of its greatest voices for life,” Lila Rose of Live Action, an organization focused on exposing crimes in Planned Parenthood clinics, told Life News last week. “Dr. Nathanson is a testament to Gods grace, that any heart can be transformed into a beacon of love and truth.”

Archbishop Timothy M. Dolan of New York will [celebrated] the funeral Mass for Dr. Nathanson [on February 28th] at St. Patrick’s Cathedral. The homily [was] given by the Rev. Gerald Murray of St. Vincent de Paul Parish in Manhattan.

“He’s a monumental figure in the fight to end abortion in the United States and even the world,” said Father Murray in an interview with The Washington Times. Father Murray had been bringing Communion to Dr. Nathanson up until the end of his life.

“Dr. Nathanson exposed the deceptions and propaganda of the pro-abortion movement since he was part of it, and rejected all of it,” Father Murray said.

Dr. Nathanson’s journey from the abortion industry to pro-life activism paved the way for such other activists as nurse Jill Stanek and Planned Parenthood director Abby Johnson.

Ms. Stanek said that even though she never met Dr. Nathanson, she honors him as a very important pro-life figure.

“His was a remarkable journey,” she wrote on her blog, “an abortionist who committed 75,000 abortions, reaching the upper echelons of influence in the early days of the pro-abortion movement, going on to convert to pro-life.”

Dr. Nathanson’s life traversed America’s religious divides as well as those over abortion.

Religion was not a significant part of Dr. Nathanson’s earlier life.  He had grown up in a secular Jewish home, and his father would routinely undermine the religious teachings provided at his son’s Hebrew school.

Because of this, his early turn against abortion, he said, was entirely about the science of unborn life, rather than religious persuasion. He did not accept the religious beliefs of the widely Christian pro-life movement until a good decade after he had left his pro-choice views.

It was only after watching a group of pro-life demonstrators pray and sing outside a Planned Parenthood one morning in the early 1990s that he began to seriously consider the case for Christianity.

He wrote in his autobiography, “The Hand of God,” that he saw a total lack of selfishness on the faces of the demonstrators.

“They prayed for each other, but never for themselves,” he wrote. “And I wondered: How can these people give of themselves for a constituency that is (and always will be) mute, invisible and unable to thank them?”

He wrote that it was then that he began to seriously question what “indescribable Force” inspired the demonstrators to persist in these actions.

“What led me to this time and place?” he wrote. “Why, too, was I there? … Was it the same Force that allowed them to sit serene and unafraid at the epicenter of legal, physical, ethical and moral chaos?”

From that point on, Dr. Nathanson courted the idea of Christianity and Catholicism, approaching the Rev. C. John McCloskey in 1994, a priest who later provided him with religious instruction.

After his 1996 baptism at St. Patrick’s Cathedral in New York, Dr. Nathanson fully embraced his new religion. “He practiced the faith, he frequented the sacraments, and spoke about his Catholicism unabashedly,” Father McCloskey told the National Catholic Register.

Father Murray described Dr. Nathanson as a “devout Catholic who loved the church and loved Christ.” He said that Dr. Nathanson was a strong man because he had fought cancer, but also a peaceful man because of his faith. Dr. Nathanson is survived by his wife, Christine, and son Joseph.

After his death, many others in the pro-life movement felt they had lost a friend. Pro-life representatives from Dr. Nathanson’s home state of New York felt especially affected.

Ms. Meara referenced “The Silent Scream,” and said that Dr. Nathanson became a leading defender of unborn children with the production of that film, as well as with other resources he compiled.

Joe Scheidler of Pro-Life Action League said that he originally had not trusted Dr. Nathanson’s switch from abortionist to hard-core pro-lifer, but that a meeting with him caused him to change his mind.

In his blog post remembering the doctor, Mr. Scheidler wrote about sharing his skepticism with Dr. Nathanson.

1. What pro-abortion organization did Dr. Bernard Nathanson co-found?
b) What was Dr. Nathanson’s connection to the largest abortion provider in the Western world, NYC’s Center For Reproductive and Sexual Health?

2. How many abortions was Dr. Nathanson involved with?

4. After his change in ideology, what did Dr. Nathanson do to promote pro-life ideas?

5. How do you think Dr. Nathanson’s transformation affected the pro-choice movement?

Dr. Bernard Nathanson, ex-abortion provider and co-founder of NARAL, (known originally as The National Association for the Repeal of Abortion Laws)  was also the director of the Center for Reproductive and Sexual Health in New York City.

In his two years in that position, he oversaw some 60,000 abortions.

In addition, he performed some 5000 abortions with his own hands in private practice, and supervised residents in training who performed another 10,000 abortions. (from priestsforlife.org)

Read obituaries of Dr. Nathanson from: