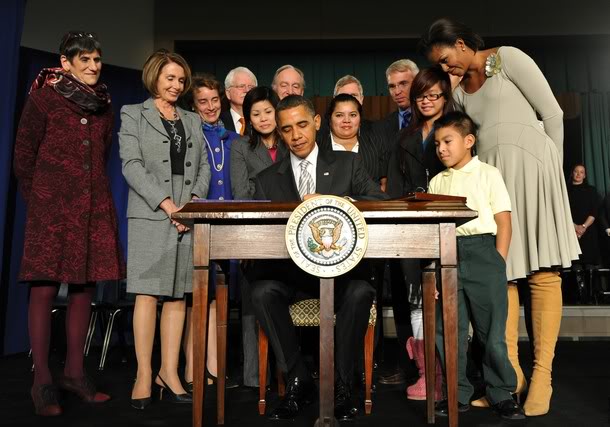 (by Lindsay Wise, McClatchy DC News) WASHINGTON — Nothing is more exasperating to Brad Kramer than watching high school students take mandatory servings of fruits or vegetables in the cafeteria line, saunter past the cashier and dump them in the trash can.

“We have some of the healthiest trash cans in the nation,” Kramer, director of food services for the Grain Valley R-V School District, in a suburb of Kansas City, Mo., quipped Wednesday.

Behind the joke, frustration simmers. Kramer and other critics of the federal standards for healthy school lunches say the rules, imposed in 2012, are too costly and restrictive, and that Congress should loosen them.

“We want to serve nutritious food,” Kramer said. “But it’s only nutritious if students eat it.”

“What we’re asking for is flexibility so we can go back to making some of those decisions at a local level,” said Ronda McCullick, director of food service operations for Park Hill School District in Kansas City.

McCullick and Kramer belong to the School Nutrition Association, a professional organization that represents school cafeteria workers as well as companies that supply food and equipment to districts. A thousand of the group’s members converged on Capitol Hill this week to lobby lawmakers to change the school lunch standards.

They want to stop further sodium reductions, to require that only half the grains offered in school lunches and breakfasts be whole grain-rich – rather than all of them – and to end the mandate that students must take half-cup servings of fruit or vegetables as part of every meal.

It’s the latest salvo in a food fight raging in Washington over the fate of the 2010 law that mandated*  the new standards. That law – the Healthy Hunger-Free Kids Act – is about to expire and must be renewed. [*required; a mandate is an official order to do something]

“It’s not about government standards,” Kansas Republican Sen. Pat Roberts said in a speech to the association’s members as they wrapped up their lobbying efforts Wednesday. “It’s about taking the opportunity to make government programs work for the people and not the other way around.”

Providing more flexibility to school districts is emerging as a top priority for Roberts, the newly minted chairman of the Senate Agriculture Committee, which has jurisdiction over the lunch program. He’s been visiting schools in Kansas to sample meals and talk to students and administrators.

“There are 300 school districts in Kansas,” Roberts said. “If you think about how many school districts there are in the U.S. and how different they all are, it’s clear that a one-size-fits-all approach won’t work.” …

The battle over school lunches pits Roberts and other Republican lawmakers against first lady Michelle Obama, who’s defended the rules as part of her “Let’s Move” campaign to end childhood obesity.

The U.S. Department of Agriculture says the new rules are working. The agency cites a new study from the Rudd Center for Food Policy & Obesity at the University of Connecticut that shows children are eating more healthfully at school and tossing out less food since the rules kicked in.

The study found that 66 percent of students added fruit to their lunch trays last year, up from 54 percent in 2012. Students also ate 20 percent more vegetables and 13 percent more of their lunch entrees, according to the study.

In his speech Wednesday, Roberts called for a civil policy debate, saying he wanted to bring all sides to the table.

Reprinted here for educational purposes only. May not be reproduced on other websites without permission from McClatchy News. Visit the website at mcclatchydc .com.

1. a) Who is Brad Kramer?
b) Why does Mr. Kramer oppose the federal standards for healthy school lunches which have been in effect since 2012?

c) What point does Mr. Kramer make about nutritious food?

2. a) What is the School Nutrition Association?
b) What do the members of the SNA want?

3. Why are members of the School Nutrition Association lobbying Congress at this time?

b) How does Sen. Roberts view the federally mandated food standards for schools?

c) From paragraph 9: Sen. Roberts said, “It’s not about government standards. It’s about taking the opportunity to make government programs work for the people and not the other way around.” Do you agree with this idea that the government works for us? Explain your answer.

5. How does the U.S. Department of Agriculture counter the opposition to the federal healthy school lunch regulations?

6. With whom do you agree? Explain your answer.

7. Paragraph 7 notes that the law mandates (requires) that students must take half-cup servings of fruit or vegetables as part of every meal. The U.S. Department of Agriculture says the new rules are working. The agency cites a new study that shows children are eating more healthfully at school and tossing out less food since the rules kicked in. The study found that 66 percent of students added fruit to their lunch trays last year, up from 54 percent in 2012. Students also ate 20 percent more vegetables and 13 percent more of their lunch entrees, according to the study.
a) If students are required by law to take fruit or vegetables with their meals, why is the number not 100%?
b) How should school officials ensure that students eat the fruit and vegetables – ensure that they don’t throw this food in the garbage? Could they tie it into grades? Could they require students who participate in sports or clubs to prove they eat the healthy food every day? Explain your answer.

8. Both Democrats and Republicans want children to be healthy. As in most issues of importance, the disagreement is over how to achieve the goal. Liberals support more government action; conservatives believe the people are best left to make their decisions on a local level. In his speech Wednesday, Sen. Roberts called for a civil policy debate, saying he wanted to bring all sides to the table. “Sometimes we’re preaching a little bit or moralizing a little bit and when people disagree it gets a little volatile,” Roberts said. “We don’t need that. We don’t need fear and rhetoric. We need solutions.”

What do you think? Should the federal government’s mandate be changed (lessen the requirements) as the School Nutrition Association wants? Is the mandate successfully changing students’ eating habits? Is the law in its current form necessary for the health of America’s young people?