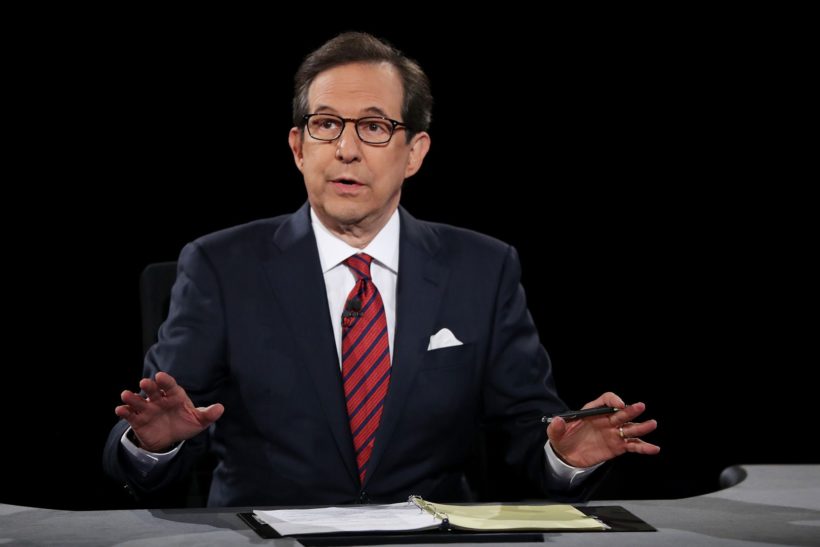 NOTE: Questions below include specific questions on the debate (link to PDF worksheet.)

(Compiled from Cleveland’s 19News and Investopedia) – Ohio Governor Mike DeWine will be sending the Ohio National Guard to Cleveland for the presidential debate on Sept. 29.

DeWine made the announcement at his Thursday news conference, saying he had received a formal request from Cleveland officials Wednesday evening.

Around 300 members will be sent to the city to “ensure a safe and secure environment for those attending Tuesday’s presidential debate in Cleveland.”

The moderator for this first debate will be Fox news anchor Chris Wallace, host of Fox News Sunday (who moderated the final 2016 presidential debate between Donald Trump and Hillary Clinton). Wallace is a registered Democrat and is seen by Trump supporters as having a strong dislike for Donald Trump, especially after a July interview. Former VP Biden has declined requests for interviews with Wallace over the past six months.

Mr. Wallace selected the topics for the debate, which were announced a week prior, and also created the questions, which will not be shared with either candidate ahead of time.

According to the CPD, this debate (and the third and final presidential debate) will be divided into six 15-minute long segments. Each segment will open with a question and each candidate will get two minutes to respond. Candidates will then be able to respond to each other with Wallace using the rest of the time for a deeper discussion of the topic.

Wallace released the topics on September 22. They include in no particular order:

Compiled from articles at Cleveland’s 19News and Investopedia. Reprinted here for educational purposes only. May not be reproduced on other websites without permission.

NOTE: Read the “Background” below before answering the questions

2. List the dates, times, places, moderators and formats for each debate.

3. a) What is the format for this first debate?
b) Who chooses the topics and questions? When will they be announced?

5. Fox News’ Chris Wallace is the moderator for this debate.

Why do you think Trump supporters do not like the choice of this Fox News anchor as debate moderator?

6. Green Party and Libertarian Party candidates are not invited to participate in the 2020 presidential debates because they did not meet the requirements necessary to qualify:   In 2000, the Commission on Presidential Debates established a rule that for a candidate to be included in the national debates he or she must garner at least 15% support across five national polls.  Wikipedia writes: This rule has been controversial as it has effectively excluded U.S. parties other than the two major parties.
(The only 3rd party candidate allowed to participate in a presidential debate was Ross Perot in 1992. He wound up winning 18.9% of the presidential election vote.)

What do you think about the Commission’s rule that a candidate must have 15% in at least 5 national polls to participate in the debates? Is this fair? Or what should the percentage be? What if a candidate earns 1% in national polls? Does that candidate’s participation add to, or take away from, the benefit of the debate? Explain your answers.

1. List a question asked by moderator Chris Wallace on each of the six topics he chose:

2. For which question(s) did one or both candidates not give a direct answer, or not clearly answer the question?

3. A debate moderator’s role is to act as a neutral participant, to hold participants to time limits and to try to keep them from straying off the topic of the questions being raised in the debate. Do you think Chris Wallace fulfilled this role? Explain your answer.

4. Do you think the questions chosen by the moderator helped viewers understand the candidates’ positions on the issues? Explain your answer.

5. Do you think the moderator’s questions were fair to each candidate? Explain your answer.

The Commission on Presidential Debates was established in 1987 under the joint sponsorship of the Democratic and Republican parties. It has sponsored all presidential and vice presidential general election debates since 1988. It sets the format/structure of each debate.