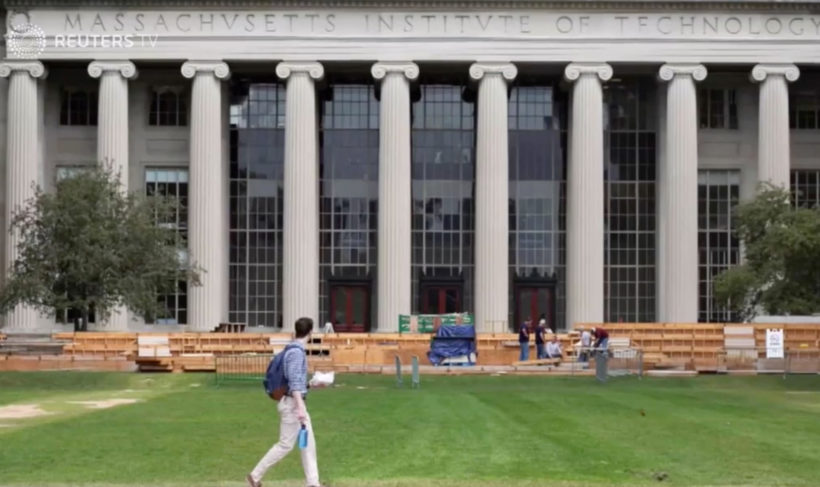 (by Patricia Zengerle and Matt Spetalnick, Reuters) WASHINGTON – The Trump administration is considering new background checks and other restrictions on Chinese students in the United States over growing espionage concerns, U.S. officials and congressional sources said.

In June, the U.S. State Department shortened the length of visas for Chinese graduate students studying aviation, robotics and advanced manufacturing to one year from five. U.S. officials said the goal was to curb the risk of spying and theft of intellectual property in areas vital to national security.

But now the Trump administration is weighing whether to subject Chinese students to additional vetting before they attend a U.S. school. The ideas under consideration, previously unreported, include checks of student phone records and scouring of personal accounts on Chinese and U.S. social media platforms for anything that might raise concerns about students’ intentions in the United States, including affiliations with government organizations, a U.S. official and three congressional and university sources told Reuters.

U.S. law enforcement is also expected to provide training to academic officials on how to detect spying and cyber theft that it provides to people in government, a senior U.S. official said.

“Every Chinese student who China sends here has to go through a [communist] party and government approval process,” one senior U.S. official told Reuters. “You may not be here for espionage purposes as traditionally defined, but no Chinese student who’s coming here is untethered from the state [Chinese government].”

The White House declined comment on the new student [background checks] under review. Asked what consideration was being given to additional vetting, a State Department official said: “The department helps to ensure that those who receive U.S. visas are eligible and pose no risk to national interests.”

The Chinese government has repeatedly insisted that Washington has exaggerated the problem for political reasons. China’s ambassador to the United States told Reuters the accusations were groundless and “very indecent.” He said, “Why should anybody accuse them as spies? I think that this is extremely unfair for them.”

Trump and Chinese President Xi Jinping are scheduled to meet at a G20 summit in Argentina this week.

Greater scrutiny of Chinese students would be part of a broader effort to confront Beijing over [its] use of sometimes illicit [illegal] methods for acquiring rapid technological advances that China has made a national priority. [The Chinese government has been stealing intellectual property for years.] The world’s two biggest economies also are in a trade war and increasingly at odds over diplomatic and economic issues.

Any changes would seek to strike a balance between preventing possible espionage while not scaring away talented students in a way that would harm universities financially or undercut technological innovation, administration officials said.

But that is exactly what universities – ranging from the Ivy League’s Harvard, Yale and Princeton universities to state-funded schools such as University of Illinois at Urbana-Champaign – fear most. They have spent much of 2018 lobbying against what they see as a broad effort by the administration to crack down on Chinese students with the change in visas this summer and a fear of more restrictions to come.

At stake is about $14 billion of economic activity, most of it tuition and other fees generated annually from the 360,000 Chinese nationals who attend U.S. schools, that could erode if these students look elsewhere for higher education abroad.

Many Ivy League schools and other top research universities, such as the Massachusetts Institute of Technology (MIT) and Stanford University, have become so alarmed that they regularly share strategies to thwart the effort, according to three people familiar with the discussions.

Already worried about restrictions, universities have mounted a pressure campaign focused on the White House, State Department and Congress and held multiple meetings with the FBI, according to lobbyists, university officials and congressional aides.

FBI Director Christopher Wray told a Senate hearing this year that his agents across the country are seeing “non-traditional collectors (of intelligence), especially in the academic setting.” …..

Additional reporting by David Brunnstrom. From Reuters .com. Reprinted here for educational purposes only. May not be reproduced on other websites without permission from Thomson Reuters.

2. a) What steps did the State Department take in June?
b) What was the goal for these measures?

3. a) Define “vet” as used in this article.
b) List the three measures the Trump administration and U.S. law enforcement are considering taking as a way to further vet students from China.

4. a) Define espionage.
b) Why is the Trump administration concerned that Chinese students attending American universities could be involved in espionage? Be specific.
c) How do you think the Communist government of China could “persuade” honest, well-meaning Chinese students to assist them in spying and intellectual property theft?

6. Re-read paragraphs 10-15. Watch the video under “Resources.” What should the highest priority for university professors and administrators be: protecting U.S. interests or university interests? (Should the money Chinese students generate for American universities take priority over the risk/danger some might present to the U.S.?) Explain your answer.

7. Some say that publicizing this information will affect how Americans view Chinese students. Democratic Congresswoman Judy Chu of California, who chairs the Congressional Asian Pacific American Caucus said, “Our national security concerns need to be taken seriously, but I am extremely concerned about the stereotyping and scapegoating of Chinese students and professors.”

Should this concern affect the government’s priority of keeping the U.S. safe? Explain your answer.

8. Read the “Background” below the questions. Do you think the vetting measures the Trump administration is considering for Chinese students are too strict, not strict enough, or the the right amount? Explain your answer.

From a Feb. 2018 report in the Washington Examiner:

Wray told Sen. Marco Rubio, R-Fla., that Chinese “collectors” of intelligence are targeting academic institutions throughout the country. Rubio emphasized fields such as science and mathematics as particular targets. Wray concurred, as administration officials agreed that China is pursuing a long-term strategy to eclipse the United States as a world power.

“The use of nontraditional collectors, especially in the academic setting — whether its professors, scientists, students — we see in almost every field office that the FBI has around the country,” Wray said during a Senate Intelligence Committee hearing. “It’s not just in major cities; it’s in small ones, as well; it’s across basically every discipline [subject].”

The problem is exacerbated by the “naivete” of U.S. academics who don’t recognize the intelligence collectors among them.

“They’re exploiting the very open research-and-development environment that we have, which we all revere, but they’re taking advantage of it,” he said. “So, one of the things we’re trying to do is view the China threat as not just a whole-of-government threat but a whole-of-society threat on their end and I think it’s going to take a whole-of-society response by us.”

Read more about Chinese espionage against the U.S. at: