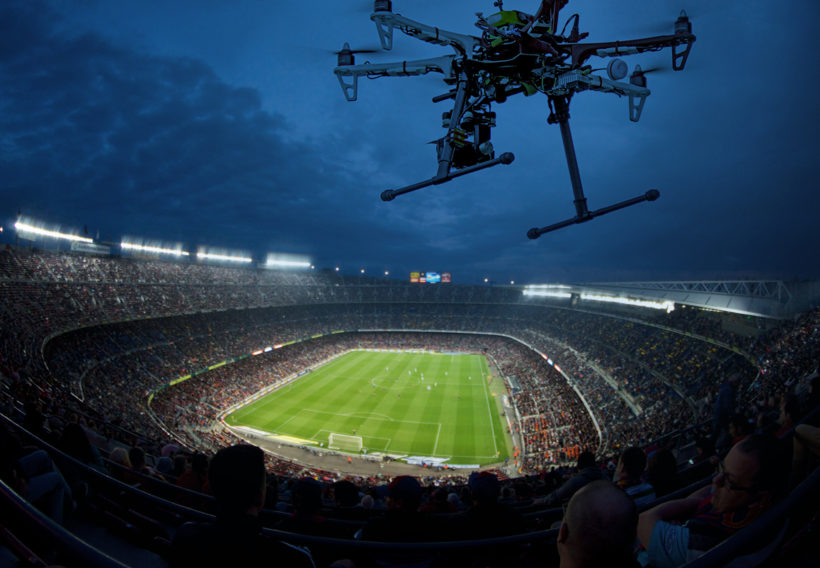 (by David Shepardson, Reuters) WASHINGTON  – The head of the U.S. Homeland Security Department on Tuesday told Congress that the agency needs new legal authority to track threatening drones and disable or destroy them if necessary.

DHS Secretary Kirstjen Nielsen told the Senate Homeland Security Committee that DHS needs “clear legal authority to identify, track and mitigate drones that could pose a danger to the public and to DHS operations.”

“Our enemies are exploring other technologies, too, such as drones, to put our country in danger. ISIS has used armed drones to strike targets in Syria, and we are increasingly concerned that they will try the same tactic on our soil,” she said.

A bipartisan group of senators including the committee Chairman, Republican Ron Johnson and the committee’s top Democrat, Claire McCaskill, said they had introduced legislation to give DHS and the Justice Department authority to “to protect buildings and assets when there is an unacceptable security risk to public safety posed by an unmanned aircraft.”

Government and private-sector officials are concerned that dangerous or even hostile drones could get too close to places like military bases, airports and sports stadiums.

Nielsen added that DHS has “also seen drones used to smuggle drugs across our borders and to conduct surveillance on sensitive government locations.”

Congress said it must give additional authority to DHS to deal with drones.

“It is not enough to just tell drone operators not to fly in certain high-risk areas; we must give federal law enforcement the authority to act if necessary,” Johnson said.

The bill would cover high-profile events like the Super Bowl and presidential inaugurations as well as federal installations and the protection of officials. It would authorize officials to disrupt communications of threatening drones, seize control or destroy them if needed.

Also banned in 2017 were drone flights over 133 U.S. military facilities. The Pentagon said in August that U.S. military bases could shoot down drones that pose a threat.

The FAA said in January that more than 1 million drones have been registered. Last week, the U.S. Transportation Department (USDOT) picked 10 pilot projects allowing drone use at night, out of sight operations and over populated areas.

2. a) What did DHS Secretary Kirstjen Nielsen tell the Senate Homeland Security Committee DHS needs regarding drones?
b) What is DHS’ concern over drones, according to Secretary Nielsen?

3. Describe the legislation introduced by a bipartisan group of senators.

4. In addition to terrorists using drones, for what other nefarious purposes has DHS seen drones used?

5. a) What bans regarding drones did the FAA implement in 2017?
b) What authority did the Pentagon give U.S. military bases in 2017?

6. a) The FAA said in January that more than 1 million drones have been registered. Builders, contractors, real estate agents, search and rescue operations, sports teams, etc. have all used drones. Amazon, Walmart, even a Philadelphia dry cleaner have or had tested using drones for delivery services. The positives are fairly evident. List several of the negatives should widespread drone use be permitted across the country.
b) Consider the threat posed by terrorists using drones to strike targets in the U.S. Do you think the federal government should do more to regulate or limit the number of drones owned / used by citizens? or is just giving DHS and the military legal authorization to take out dangerous or hostile drones enough? Explain your answer.