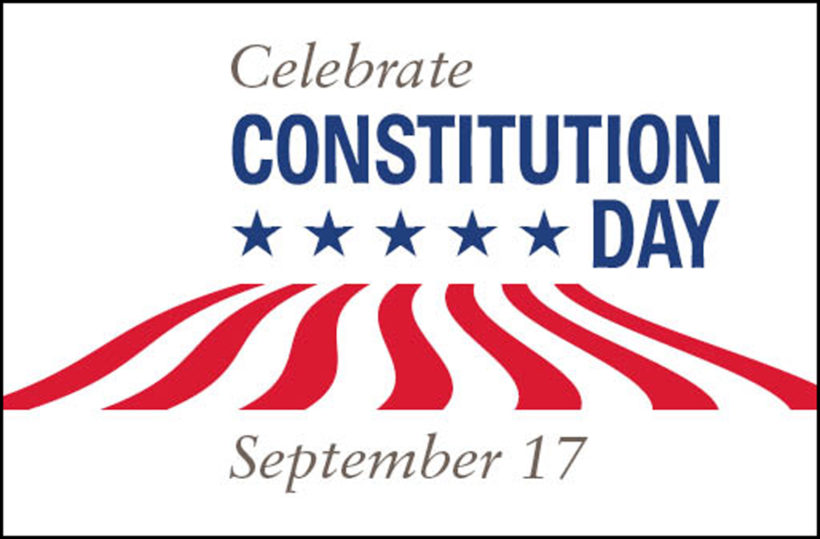 Formally, Constitution Day, Sept. 17, is a federal observance that receives recognition in communities around the country, but Centre County did not have its own organized event until Bierly took it upon himself in 2016 to put together a group of volunteers to establish a local, annual Constitution Day celebration.

“I think what’s really original about our Constitution Day is the fact that we have 45-50 different exhibitors there that represent the Constitution,” Bierly said.

Exhibitors are arranged in a Constitution Village, with tents set up for select articles and amendments. Exhibitors include local experts qualified to speak on the particular amendment or articles they’re representing, as well as local social service agencies.

“We try to make it a living Constitution,” Bierly said. “So when you go to the First Amendment tent, you will see a rabbi, a journalism professor, a practicing journalist and a librarian. When you go to the Second Amendment, you will see a retired sheriff who was both a Marine and a state police officer and he will talk about the right to bear arms, and so on. … It’s really a chance to learn more about the Constitution, no matter how much or how little you know now. You can really get a flavor for what our Constitution is about.”

Education is a main goal of the event, Bierly said.

“I think there are a lot of people in this country that the only three things they could identify about the Constitution would be the First, Second and Fifth Amendments,” he said. “They know they can speak, they know they have the right to bear arms and they know they can remain silent if they’re arrested. Beyond that, there isn’t a great deal of knowledge.”

…Pennsylvania Attorney General Josh Shapiro is this year’s keynote speaker, accompanied by local judges, magistrates, mayors and private citizens who will give constitutional quotes representing their views on the U.S. Constitution.

New this year, the Constitution Day Centre will award its inaugural James Madison Award. …The award is intended to recognize community members who demonstrate an exemplary level of civility.

The parade…will cap off a whole weekend of Constitution-related educational festivities, making it one of the largest Constitution Day observances in the country.

The weekend-long celebration will include free musical performances, a re-enactment of the signing of the Constitution Revolutionary War demonstrations [and more] all leading up to the parade.

Since 1988, the parade has featured the Famous Marching Presidents and their First Ladies, giving local residents an opportunity to stroll down the parade route assuming the roles of current and former leaders. The presidential marchers began as an art project idea that David Parker, a Nevada City council member who plays Martin Van Buren, came up with in the middle of the night 30 years ago.

“They really go all out with their costumes and take everything very seriously,” Nevada City Chamber of Commerce Executive Director Cathy Whittlesey said. “It’s really something to see and it’s all about educating people on the Constitution.” 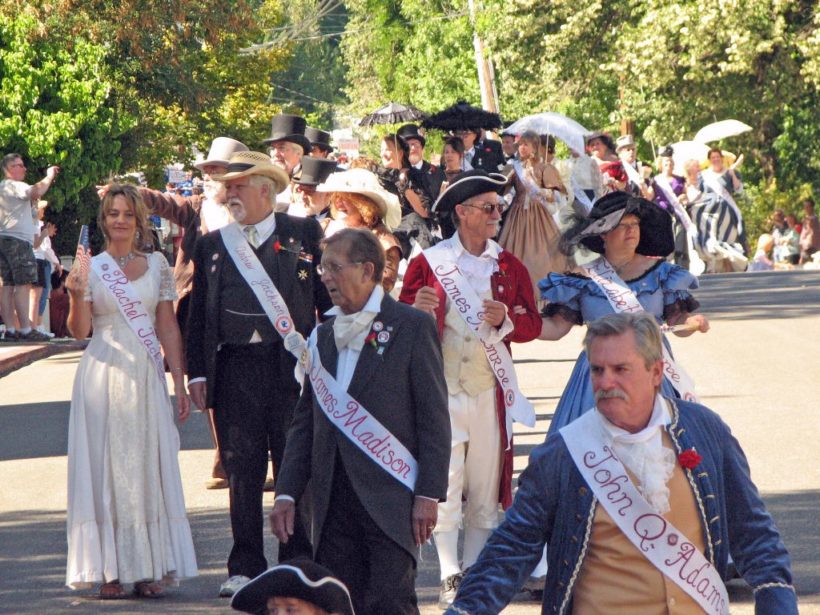 The marchers try to keep as historically accurate as possible, while still keeping everything festive.

“Especially the First Ladies,” Parker said. “They really go all out with their costumes.”

3. What is the purpose of these celebrations?

4. Write out the words to the Preamble to the Constitution.

5. Read the Constitution in its entirety TWICE. (See Archives.gov)
a) How many articles are there in the Constitution?
b) Which Article lays out the powers of Congress? of the President? of the judiciary?
c) What did you learn about the Constitution that you did not know before reading it? (name one or more items/facts/details)

CHALLENGE: Take the two quizzes under “Resources” below. How many answers did you know?

Read more at “Constitution 101: The Meaning and History of the Constitution“

Mark Alexander writes in a commentary:

“No matter what our calling, our occupation or our passion, we have a debt and duty as citizens to both learn about and support our Constitution, and we are obliged to do so above and before all other pursuits, for without constitutional Rule of Law, there are no other pursuits.” (Read the commentary here.)

Amendment Quiz
How well do you know the amendments of the U.S. constitution? Take the quiz below:

11. Which amendment states that no soldier is to be quartered in any house during peacetime without the consent of the owner unless required by law?
a) 5th
b) 9th
c) 4th
d) 10th

19. The 17th Amendment deals with….
a) none of these are correct
b) the compensation of members of congress
c) the election of senators
d) suits against a state

20. Which amendment includes protection from self incrimination?
a) 4th
b) 8th
c) 6th
d) 5th