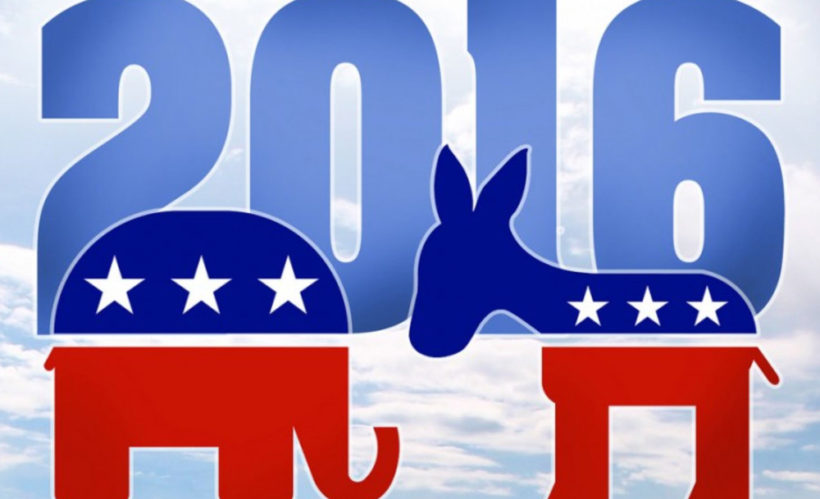 (Compiled from articles at LifeSiteNews and NJ.com) — It’s hard to say you don’t have a clear choice this presidential election year.

The Democratic and Republican platforms show views of world 180 degrees apart. They reflect the stark divide between the parties.

At 55 pages, the Democratic document is 11 pages shorter than the GOP platform and mentioned Trump 29 times compared with just one of Clinton in the Republican document.

Priests for Life released a side-by-side comparison of the Republican and Democratic party platforms that shows stark differences [between the parties] when it comes to the rights of the unborn, religious liberty, marriage and the family and respect for the U.S. Constitution.

“The same questions you ask about the candidates’ positions on issues have to be asked of the party’s positions. The party platform expresses its philosophy, and its policy preferences. If that party comes into power, what people will they assign to committees, and what bills will they allow to come for a vote? What type of people will be in the administration and on the staff of the elected official; what kind of appointments will that individual make?

“Even if an individual candidate is weak on a particular issue, the party platform signals the direction in which he or she will be guided and influenced by staff and advisers, and by constituents. And in the case of a President, the party platform gives a clear signal of the type of philosophy that will prevail, under that President, at the Department of Health and Human Services, at the Department of Justice, in the Surgeon General’s office, in the federal courts, in the Supreme Court, and in thousands of other positions in many federal agencies.

“The US Catholic bishops have written, ‘We urge our fellow citizens to choose their political leaders based on principle, not on party affiliation or mere self-interest.’ Many vote for candidates because of loyalty to a party, without examining the party platform. Our moral duty requires us to look deeper, and our comparison of the Democratic and Republican platforms will help voters do exactly that.”

Compiled from articles published at LifeSiteNews.com and NJ.com.
Visit the Priests for Life PoliticalResponsibilityCenter page for a link to their platform comparison chart.

Click here for a pdf version of the chart below. 1. On what issues do the Democratic and Republican party Platforms have the greatest difference?

2. What does Father Frank Pavone, the National Director of Priests for Life, say voters must consider when voting?

3. Father Pavone said, “The same questions you ask about the candidates’ positions on issues have to be asked of the party’s positions [on issues]. The party platform expresses its philosophy, and its policy preferences.”   When a party comes to power, what decisions does he say will be made that directly reflect their party’s philosophy?

4. How does a party Platform influence a candidate who might not completely agree with every issue the Platform supports, according to Father Pavone?

5. What signal does the party Platform give in the case of the President? Be specific.

6. What shouldn’t voters do if they want to do their moral duty, according to Father Pavone?

7. Read the comparison chart above. For each issue, with which party’s position do you agree?

8. Has reviewing each party’s positions on the issues helped you to decide how you would vote in the presidential or state and local elections? Explain your answer.

NOTE: The Catholic Church has 69.5 million members in the U.S. – it is the largest religious body in the United States, comprising 22% of the population as of 2015.

In addition to the Priests for Life Platform comparison above, check out the two following: