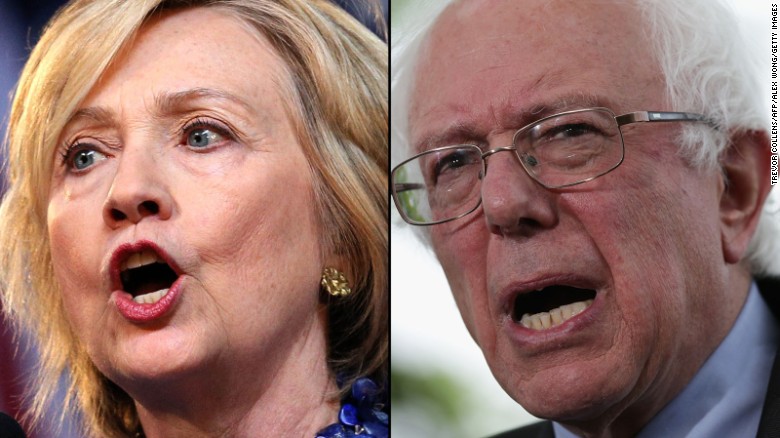 The Democratic National Committee has plans for debates to occur in each of the first four early-voting states of Iowa, Nevada, New Hampshire and South Carolina. The two other locations will be decided at a later date.

“We’ve always believed that we would have a competitive primary process, and that debates would be an important part of that process,” DNC Chairwoman Debbie Wasserman Schultz (D-Fla.) said in a statement.

“Our debate schedule will not only give Democratic voters multiple opportunities to size up the candidates for the nomination side-by-side, but will give all Americans a chance to see a unified Democratic vision of economic opportunity and progress — no matter whom our nominee may be,” said DNC chairwoman Debbie Wasserman Schultz who confirmed debate details in a statement shortly after CNN broke this story.

Democratic candidate Hillary Clinton immediately indicated she plans to participate in the debates, though she didn’t say if she’ll take part in all six.

“While GOP debates the same failed policies, Democrats will debate how to help families get ahead. Looking forward to a real conversation,” she tweeted Tuesday, shortly after the DNC’s announcement.

The DNC will set the criteria [a method used for making a selection] for debate inclusion and any candidate who participates in a separate debate outside of the sanctioning process will be barred from future DNC debates, a Democratic official told CNN.

The question is, what threshold will candidates need to reach in order to participate. In the past, candidates often would have to be polling above a certain level in either statewide or national surveys to get a spot onstage.

DNC spokesman Mo Elleithee said that the DNC will establish a “uniform threshold” for all the debates rather than let each debate organizer set their own rules. The DNC has yet to determine what that threshold will be, he said.

A DNC official said that the DNC decided six debates was a reasonable number and in line with what the national committee sanctioned in 2008. The debate process won’t begin until the fall, according to the official, because that is “when voters are truly beginning to pay attention.”

The Democratic debates will be sponsored by state Democratic parties, local and national broadcast media, digital platforms and civic organizations. Details including specific dates and broadcast networks for each debate will be announced at a later date, the official said. Clinton and Vermont Sen. Bernie Sanders, an independent (who is a socialist but caucuses with the Democrats), are the two only announced candidates for the Democratic presidential nomination. Former Maryland Gov. Martin O’Malley, former Rhode Island Gov. Lincoln Chafee and former Virginia Sen. Jim Webb have all said they are seriously considering running for the Democratic nomination.

“If Governor O’Malley decides to run, we will expect a full, robust, and inclusive set of debates – both nationally and in early primary and caucus states. This has been customary in previous primary seasons. In a year as critical as 2016, exclusivity does no one any favors,” O’Malley spokeswoman Lis Smith said in a statement Tuesday.

Republicans have a much larger and more contested field of candidates. They will sponsor between nine and 12 primary debates beginning in August.

Compiled from articles published on May 4 at CNN.com and NYDailyNews.com. Reprinted here for educational purposes only. May not be reproduced on other websites without permission.

1. Name the two candidates who have announced their bid for the Democratic presidential primary.

2. List the other probable candidates for the Democratic presidential primary who have not yet announced they are running.

3. Where will the first four of the six Democratic presidential debates take place? Why were these locations chosen?

4. a) Who will set the requirements for candidates to be permitted to participate in the debates?
b) For what reason might an eligible candidate be barred from participating in a debate?
c) Do you think this is a valid rule? Explain your answer.

5. From paragraph 8: “The question is, what threshold will candidates need to reach in order to participate. In the past, candidates often would have to be polling above a certain level in either statewide or national surveys to get a spot onstage.”
What criteria do you think a candidate should meet to be permitted to participate in the debates? Should anyone who wants to be able to run? Explain your answer.

6. a) How did Democratic front-runner Hillary Clinton respond to the debate announcement from the DNC?
b) Should all candidates for the primaries be required to participate in all of the debates scheduled? Explain your answer.
c) Hillary Clinton has had a long history in politics. She has been a Senator from New York, the U.S. Secretary of State, as well as first lady of the U.S. and of Arkansas when her husband was governor there. Mrs. Clinton is viewed by many as the likely nominee. Ask a parent: what do you think? Will Hillary be the Democratic candidate? Should she be? Discuss your answers.

OPTIONAL: The Democratic (and Republican) debates will begin almost a year before the candidate is chosen by their party at the convention. When do you think potential candidates should begin campaigning for the 2016 presidential election? When should the national parties begin holding debates? Is the end of this summer too soon? too late? at just the right time? Explain your answer.
Ask a parent the same question.

CHALLENGE: Visit the campaign websites and YouTube pages for candidates running for office in the Democratic and Republican primaries to hear where they stand on the issues.
(To find the candidates’ pages, search for: “‘name of candidate‘ youtube page”)

CHALLENGE QUESTIONS:
List 3 issues you believe are important to consider in this election.
1. What does each candidate say he/she would do to address each issue? (What are each’s solutions?)
2. What actions have each taken (legislation) to support or undermine his/her position on each issue?