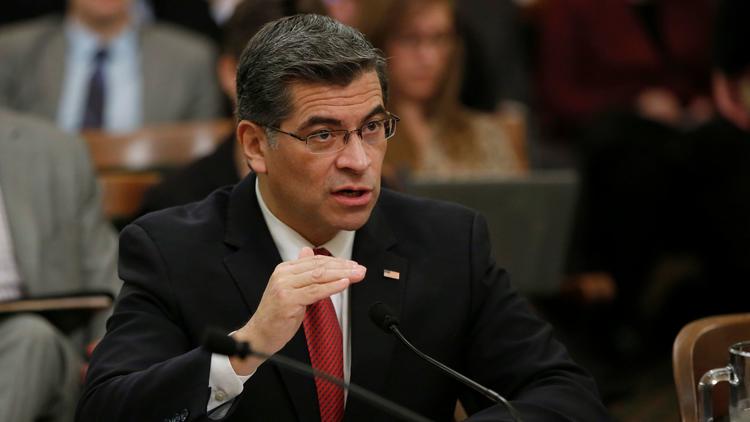 (by Derek Hunter, The Daily Caller) – David Daleiden and Sandra Merritt, pro-life activists who filmed Planned Parenthood and employees of other abortion groups offering to sell organs from aborted babies in a series of undercover videos, have been indicted on 15 felony counts by the state of California.

Daleiden and Merritt, working for the Center for Medical Progress (CMP), each face 14 counts of recording a conversation without the permission of all participants and one count of “criminal conspiracy to invade privacy.” [They allegedly filmed 14 people without permission between October 2013 and July 2015 in Los Angeles, San Francisco and El Dorado counties. One felony count was filed for each person secretly recorded and the 15th was for criminal conspiracy to invade privacy.]

The pair were indicted in Texas in 2016, but those charges were dropped.

California Attorney General Xavier Becerra said in a statement, “The right to privacy is a cornerstone of California’s Constitution, and a right that is foundational in a free democratic society. We will not tolerate the criminal recording of confidential conversations.”

“The public knows the real criminals are Planned Parenthood and their business partners,” Daleiden said in an email to the Associated Press, calling the charges “bogus.”

He also said the charges are being brought by the abortion industry’s “political cronies.”

Becerra, a Democrat and former member of Congress with a lifetime 100 percent rating from Planned Parenthood Action Fund, [which also donated to his congressional campaign] announced the indictments Tuesday night.

The videos, which [secretly recorded] abortion providers haggling about the prices of [aborted baby] organs and joking about wanting to buy sports cars, were largely ignored by the mainstream media. The selling of human organs for profit is illegal, though no charges were ever brought against anyone in the videos.

Daleiden, on the other hand, was defiant on Twitter, saying Planned Parenthood “colluded with political cronies to persecute citizen journalists.”

The nine-page indictment can be read here.

[Soon after the indictment against the activists, the CMP uploaded previously unreleased footage from their investigation. In the video, Dr. DeShawn Taylor, formerly the medical director of Planned Parenthood of Arizona, is shown talking about how she deals with failed abortions. She decides what to do with the still breathing fetuses depending on “who’s in the room.”].

2. What specific charges were brought against Daleiden and Merritt?

3. How did California Attorney General Xavier Becerra explain his reason for charging the pair with 15 felony counts?

4. a) What accusations did Mr. Daleiden make after being charged?
b) What information about Attorney General Becerra implies that it is possible he is not impartial?

5. What was in the videos recorded secretly by the undercover reporters?

6. The selling of human organs for profit is illegal, though no charges were ever brought against any of the Planned Parenthood employees in the videos. Do you think there is a possibility that the AG has a conflict of interest and is not impartial?  Explain your answer.

WARNING: NOT FOR YOUNGER STUDENTS: Watch the videos under “Background” below. What do you think?

a) Are the pro-life activists acting as undercover journalists exposing potential criminal activity, or as people who have committed felonies? Explain your answer.

b) Should there be an investigation into Planned Parenthood’s potential practice of selling aborted baby body parts? Explain your answer.

c) Why do you think the undercover videos were not widely reported by the media, but the charges against the pro-life activists were?

d) Ask a parent to answer the same questions. Discuss your answers.

WARNING: NOT FOR YOUNGER STUDENTS:

1ST SET OF UNDERCOVER VIDEOS:
Read about the original undercover videos of Planned Parenthood executives discussing selling aborted baby body parts, which is illegal. (Link to the undercover videos is included.) These are the videos David Daleiden and Sandra Merritt have been charged with felonies for secretly recording.

2ND SET OF UNDERCOVER VIDEOS:
After the California Attorney General’s charges against the pro-life activists this week, their organization – CMP (Center for Medical Progress) – uploaded previously unreleased footage from their investigation. In the video, Dr. DeShawn Taylor, formerly the medical director of Planned Parenthood of Arizona, is shown talking about how she deals with failed abortions. She decides what to do with the still breathing fetuses depending on “who’s in the room.”

Taylor: “In Arizona, if the fetus comes out with any signs of life, we’re supposed to transport it. To the hospital.”
CMP investigator: “Is there any standard procedure for verifying signs of life?”
Taylor: “Well, the thing is, I mean the key is, you need to pay attention to who’s in the room, right?”

Later in the video, Taylor jokes that she needs to “hit the gym” before performing a dismemberment dilation and evacuation abortion because it takes a toll on her biceps.

Between the court charges against the CMP and this latest video, pro-life groups like the Susan B. Anthony List are demanding that Congress defund Planned Parenthood as soon as possible – at least before they leave for spring break next week.  “We have seen enough,” the group said in a statement on Wednesday.

Watch the full CMP video below and decide who you think deserves to be charged. (from a March 29 post by Cortney O’Brien)

Watch a Tucker Carlson and the full CMP video: