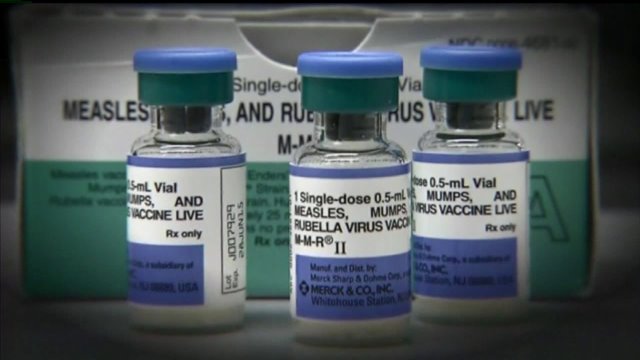 (by Sharon Bernstein, Reuters) – California’s senate education committee approved a bill making it mandatory for children to be vaccinated before starting school despite opposition from “ant-vaxxer” parents who have packed public hearings and flooded lawmakers with calls.

The bill, which has already passed the senate health committee, has several more hurdles to clear before becoming law. It next goes to the senate judiciary committee, before going to the state senate, and finally the state assembly.

Under the bill, only children with medical waivers to opt out of vaccinations would be exempted.

Most states, however, also allow parents to opt out if their religion bans the protective procedure and about 20 allow personal beliefs exemptions, which in recent years have been used by parents who fear a now-debunked link between vaccines and autism, or worry about other health effects of children receiving shots.

The bill under consideration in California would eliminate the personal beliefs exemption, which would also have the practical effect of eliminating any exemption based on religion.

Introduced in the wake of a measles outbreak that began at Disneyland and infected 147 people last year, the bill stalled last week in the senate education committee, after opponents said it would unfairly deprive unvaccinated children of their right to an education.

On Wednesday, April 22, it was approved by a vote of 7-2 after the authors added a provision to allow unvaccinated children to participate in group home-schooling environments.

The proposed removal of the personal beliefs exemption in California drew questions from representatives of some of the state’s most liberal enclaves, some of which are home to large clusters of parents who worry that vaccinating their children according to the recommended medical timelines could weaken their immune systems or otherwise harm their health.

3. How would the new bill change the current law?

4. What allowances do most states currently make for parents?

5. a) Why was the new bill introduced?
b) What still needs to take place before the bill would become law?

6. a) What argument did opponents to the proposed bill make that caused it to stall in the senate committee?
b) What provision did the bill’s authors add that then caused the committee to approve it 7-2?

7. a) For what reason do most parents who oppose vaccinations do so?
b) Do you think these concerns are reasonable?
c) With which side do you agree: the elected officials who want to change the law to protect the public from further preventable diseases like measles, or with parents who want to be allowed to decide what is best for their own children’s health? Explain your answer.