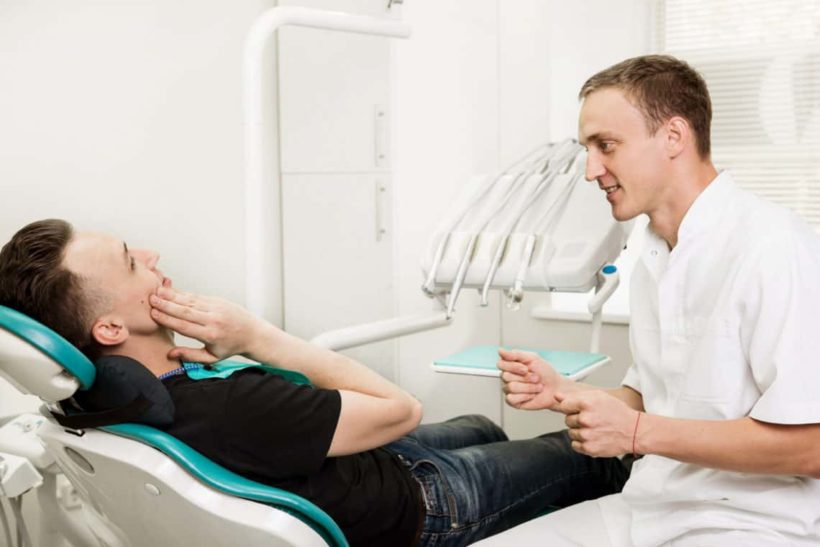 (by Sommer Brokaw, UPI) — The American Dental Association (ADA) unveiled a new policy Monday that advises dentists to prescribe opioids for a period no longer than a week — a response to what experts say has become a national health emergency.

The interim board policy supporting a seven-day limit on opioid prescriptions for acute pain “is believed to be one of the first of its kind from a major health professional organization,” the ADA said.

This position puts the ADA in line with recent federal guidelines. The American Medical Association (AMA), the nation’s top association of doctors’ policy, has not yet issued a policy concerning opioid limits.

“I call upon dentists everywhere to double down on their efforts to prevent opioids from harming our patients and their families,” said ADA President Dr. Joseph P. Crowley. “This new policy demonstrates the ADA’s firm commitment to help fight the country’s opioid epidemic while continuing to help patients manage dental pain.”

…Deaths from opioid abuse involving prescription drugs and illegal opioids rose to a record level of more than 42,000 people in 2016, Centers for Disease Control and Prevention statistics show. Further, 40 percent of the deaths were from prescribed drugs.

President Donald Trump has made reducing the number of opioid deaths a key priority of his administration and Congress has introduced more than 130 related bills since January. The president has called opioid abuse a national health emergency.

The number of opioids prescribed from dentists in the Unites States increased from 2010-2015, especially among youth, national research shows. Still, most opioid prescriptions are written by other chronic pain physicians.

Dentists used to be top opioid prescribers, a Journal of Preventive Medicine researchers noted, formerly accounting for 15.5 percent of all prescriptions. By 2012, that figure fell to 6.4 percent.

The new ADA policy was adopted after it was submitted to the ADA Council on Government Affairs (CGA) this month.

“Legislators on both sides of the aisle routinely tell us that the health professions have not done enough to curb over prescribing,” CGA chair Dr. Frank Graham said. “We are constantly asked about mandatory continuing education and prescribing limits. The intensity of this is unlike anything we’ve ever seen. It comes up at every meeting we have — with Republicans and Democrats alike.”

“This is a serious public health issue,” he added. “It’s pressing enough that we asked the Board for a clear and meaningful interim policy to guide our advocacy efforts.”

From UPI .com. First published March 26, 2018. Reprinted here for educational purposes only. May not be reproduced on other websites without permission from United Press International.

2. For what reason is the ADA implementing this new policy? Be specific.

3. In addition to the 7-day limit, what else does the new policy require of dentists?

5. The American Medical Association (AMA), the nation’s top association of doctors’ policy, has not yet issued a policy concerning opioid limits. Why do you think this is so?