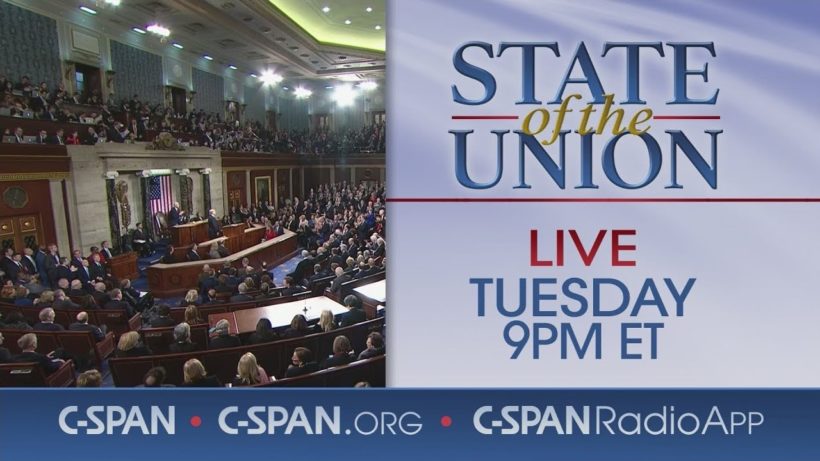 (Compiled from reports at CNN, Politico and Bloomberg News) — President Donald Trump appeared to suggest Friday that he will announce some kind of border wall action during Tuesday’s State of the Union address, which he will deliver at 9 p.m. EST.

Asked if he expects to declare a national emergency over the crisis at the border and the need for Congress to approve border wall funding, Trump told reporters: “I don’t want to say it, but you’ll hear the State of the Union, and then you’ll see what happens right after [that]. We’re going to make a big step in the next week or so, prior to my doing anything, but actually having a national emergency does help the process.”

Asked again if a national emergency should be expected, the President said: “I think there’s a good chance that we’ll have to do that. But we will at the same time be building, regardless, we’re building a wall….”

The president is also expected to urge Congress to compromise on issues including immigration and infrastructure in his Febuary 5 address, as he asks Democrats to focus on working with him on legislation. The theme of his speech will be “choosing greatness,” a White House official told reporters.

Trump’s speech “will focus on the bipartisan achievements we’ve already had, and look toward things that should be areas where we can work together” with Democrats, a White House official said.

Later Friday, a senior White House official explained the topics that President Trump will cover, including: the economy, illegal immigration, trade deals — including the US-Mexico-Canada Agreement and the US Reciprocal Trade Agreement Act and the deal with China — infrastructure, lowering the cost of health care and prescription drugs, and national security.

Compiled from reports at CNN, Politico and Bloomberg News published on February 1. Reprinted here for educational purposes only.

3. How will the president’s speech focus on unity?

4. List the 6 major areas President Trump will cover in his address.

5. What action did President Trump suggest he will discuss during his State of the Union address?

6. President Trump’s address will focus on domestic and national security issues. Which of the following do you think are most important for President Trump to include in his State of the Union address? Explain your answer.

1.  Tone is the attitude a speaker takes towards a subject. What was the tone of President Trump’s 2019 State of the Union address?

3.  a) What general statement did President Trump make about the economy in his address to the nation?
b) What is your reaction to this encouraging statement?
c) Ask a parent the same question.

10. Watch/read the Democratic response to the President’s State of the Union on live TV following the President’s SOTU or at c-span.org. The response speech is shorter and often given as a rebuttal to the opposition party’s ideas and plans. This practice began once television became a major part of politics. According to the Senate’s website, the first opposition party response to a State of the Union speech was in 1966 when then-Senate Majority Leader Everett Dirksen (R-Illinois) and House Minority Leader Gerald Ford (R-Michigan) gave a response to President Lyndon Johnson’s State of the Union address. Stacey Abrams, who served in the Georgia state assembly for 10 years before becoming Georgia’s 2018 Democratic gubernatorial candidate gave the response. What do you think of Ms. Abrams’ response?