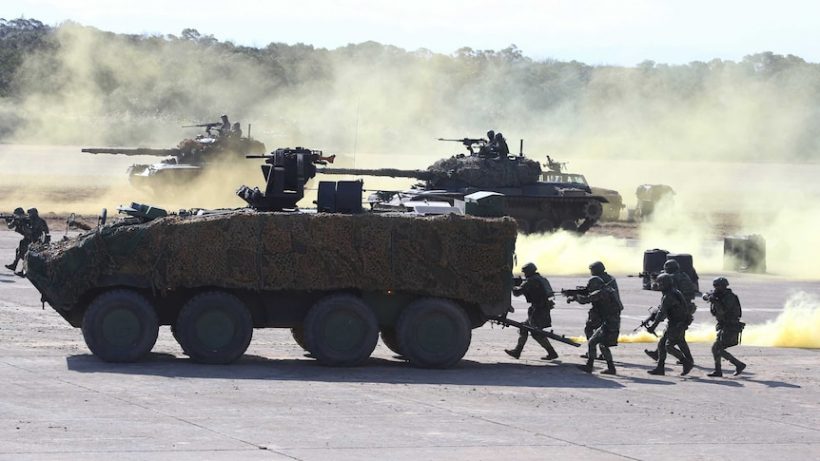 China has stepped up military activity near Taiwan, as it tries to force Taipei to accept its claims of sovereignty.

(by Reuters at ABC .net .au) — Taiwan says it has begun mass production of a long-range missile and is developing three other models, in a rare confirmation of efforts to develop strike capacity amid growing Chinese [threats].

China — which claims democratic Taiwan as its own territory — has stepped up military activity near the island as it tries to force the government in Taipei to accept Beijing’s claims of sovereignty [China claims to have supreme power/authority over Taiwan].

Taiwan’s armed forces, dwarfed by China’s, are in the midst of a modernization program to offer a more effective deterrent, including the ability to hit back at bases deep within China in the event of a conflict.

“We hope it is long-range, accurate, and mobile,” he said, adding research on such weapons by the state-owned National Chung-Shan Institute of Science and Technology had “never stopped.” 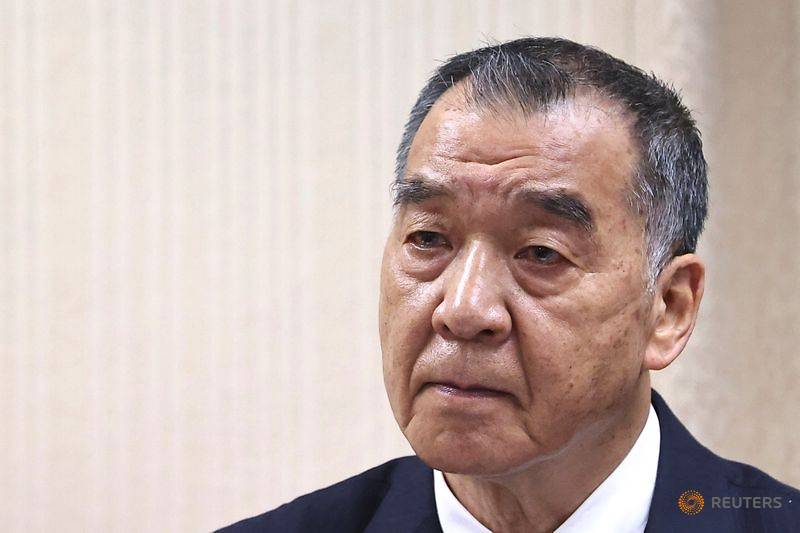 Mr. Leng said it was “not convenient” for him to provide details on how far the missile could fly.

The institute — which is leading Taiwan’s weapon development efforts — has in recent months carried out a series of missile tests off its south-eastern coast.

Media in Taiwan have carried images of missiles launching and instructions have been given to aircraft to stay clear of the test area, but the tests have otherwise been shrouded in secrecy.

Taiwan’s armed forces have traditionally concentrated on defending the island from a Chinese attack.

But President Tsai Ing-wen has stressed the importance of developing an “asymmetrical” deterrent, using mobile equipment that is hard to find and destroy, and capable of hitting targets far from Taiwan’s coast. 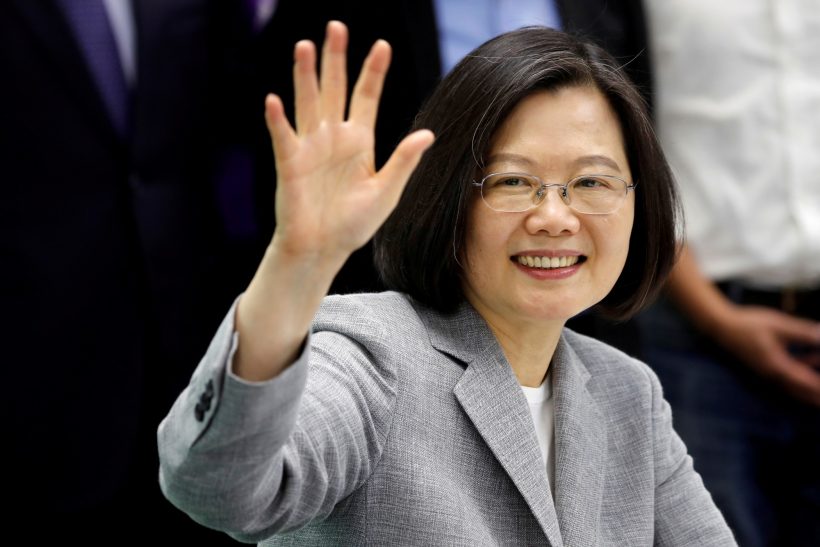 Washington — Taipei’s main foreign arms supplier — has been eager to create a military counterbalance to Chinese forces, building on an effort known within the Pentagon as “Fortress Taiwan.”

From Reuters, published at ABC Australian Broadcasting Co. on March 24, 2021. Reprinted here for educational purposes only. May not be reproduced on other websites without permission.

2. a) How does the CCP (the Chinese Communist Party; China’s government) view Tawian?
b) Why has Beijing (the Communist government of China) increased its military activity near Taiwan recently?

3. a) Define deterrent.
b) What is Taiwan’s military doing to create a more effective deterrent against Chinese aggression?

4. Why do you think details of Taiwan’s long-range missile program are being kept secret?

5. What new strategy has President Tsai Ing-wen focused on in deterring Chinese aggression?

a) Does it look like Chinese President Xi JinPing will move to take over Taiwan in the next few years, or is this just all bluster?
b) Considering the Taiwan Relations Act of 1979, as well as the purpose of the United Nations, will the U.S. (and/or UN, European Union) protect Taiwan from being taken over by China? Will Taiwan’s military preparations be enough to thwart China – or at least prevent them from acting? Explain your answer.
c) Ask a parent what he/she thinks.